This site uses cookies. By continuing to browse our site you are agreeing to our use of cookies. However, if you would like to, you can change your cookie settings at any time. Find out more.

American architecture firm Leroy Street Studios contacted TNESC with a request to manufacture large scale shutters. They had designed a new industrial home for an art collector in New York and three windows required shutters that were 6.2 metres high.  TNESC runs its own ethically managed joinery workshops and therefor has the capability to create such large scale shutters. We manufactured and shipped the shutters in three sections and constructed them on site. The New York design shutters were fitted throughout the building.

Nick visited the construction site, as shown below. 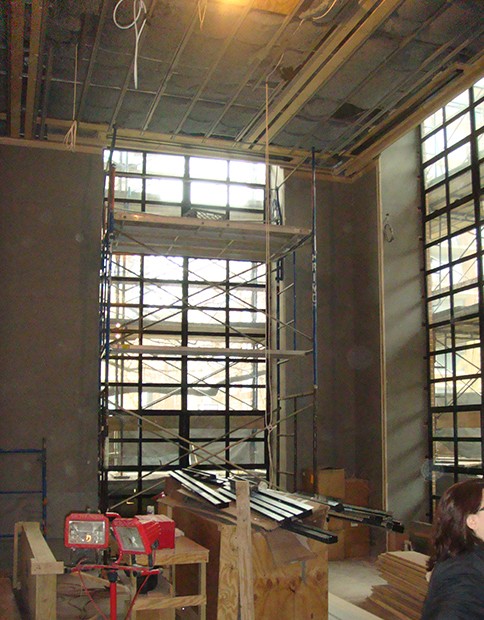 Contact us with any questions you may have about our wooden shutters. Please note: If you do not receive an automatic reply from us, please check your spam/junk mail folder and mark our address as "safe".